Burlington, VT- The nightmare before Christmas is now behind us on the calendar, but in case you missed the spooky Halloween shenanigans, here’s a recap.

The EMC was haunted by Champlain College’s very own Chauncey T. Beaver. The college mascot spent the day creeping up on unsuspecting staff, students, and even the shuttle driver! Attentive staff captured the mischief on video and shared it to Facebook: The EMC also made use of the MakerLab to celebrate the holiday. We utilized the laser cutter to create wooden ghosts and pumpkins with jokes etched onto them. Highlights of these include “How do you fix a jack-o-lantern? With a pumpkin patch” and “What kind of mistakes do ghosts make? Boo Boos.”

To add to the spookiness, we made a 6.5 foot tall zombified Chauncey T. Beaver. After taking a look at a few versions, we printed the final one using the Maker Lab’s large format printer onto one long sheet of paper, two were printed. Students were encouraged to take pictures with the print outs and share on social media. One printout was mounted onto a wooden stand and placed in the Miller Center’s cantina. The other was taped to the window of the Creative Media Hub in the CCM building on Champlain’s main campus. One faculty member whose office was on the same floor commented that it spooked them. 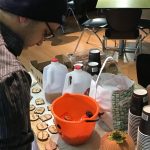 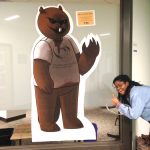 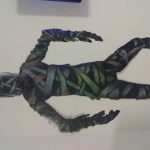 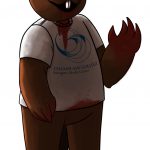 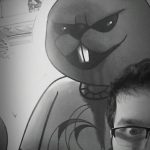 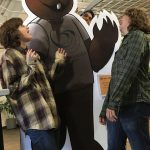 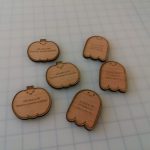 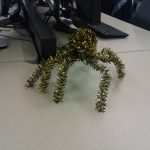 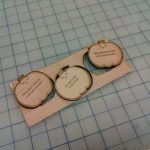 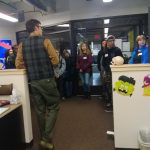 We had an open house shortly before Chauncey arrived! 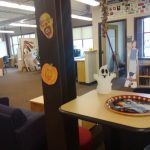 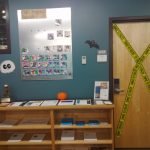